Miami, Florida in Little Haiti--Escorted by the assigned Brigades of the Pentecostal Church of Miami other wise known as Siloé, the honorable Prime Minister of Haiti Evans Paul and his good friend Maggie Durcé paid the primarily Haitian congregation a surprise visit. Quoting scripture the Prime Minister said to the Church that “There isn’t any authority unless it comes from God, and the authorities that are there have been put in place by God.”

He went on to explain how the Lord used Reverend Wilner Prudent in December of 2014, to prophetically confirm to, then Mr. Paul, that he would be chosen as Prime Minister of the Republic of Haiti.

Reverends Wilner and Naomie Prudent were well pleased by the visit of the Prime Minister and in honor of his presence prepared an intimate lunch for him and those he came with. The service ended promptly after the Prime Minister spoke and the Reverend with heart warming smile thanked him for his visit. PM Evans Paul was again escorted out by the Brigades of the church, as the musicians played special piece for his Recessional March to the private quarters where his lunch was set.

A Replay Of Last Year's Back To School Bash

I Have The Legal Rights

Jeremiah, What Do You See? 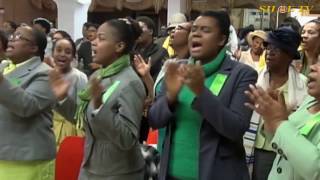 Back To School Bash Event Summary

A Replay Of Last Year's Back To School Bash

I Have The Legal Rights

Jeremiah, What Do You See?

PRAYER TO RECEIVE JESUS AS SAVIOR AND LORD